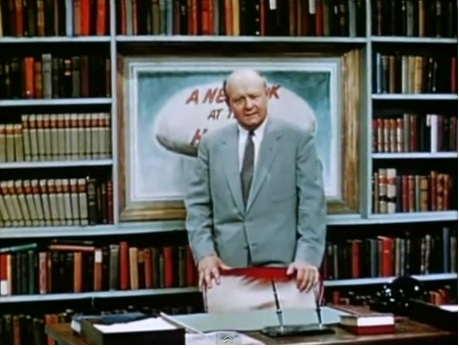 "Governor Peterson explains simply and graphically the dangers of radioactive fallout and preventative measures that can be taken for our individual protection."  This description, provided by a civil defense newsletter, is a brief and accurate summary of A New Look at the H-Bomb. In 1952 Frederic Valdemar "Val" Peterson, the former governor of Nebraska, took over the Federal Civil Defense Administration.  Peterson dealt with a host of new challenges when he assumed the post of national civil defense director but perhaps the most pressing event of his tenure was the development of the hydrogen bomb the same year he took office.  The hydrogen bomb's increased destructive power made the Soviet Union's acquisition of it in 1953 all the more troubling.  Operation Ivy, a film released in 1954 detailing an American nuclear test of the same name, features a brief epilogue by Peterson concerning the perils of the Hydrogen Age.  A New Look at the H-Bomb, which unfolds as a lecture, is a more thorough presentation by Peterson on the same topic. 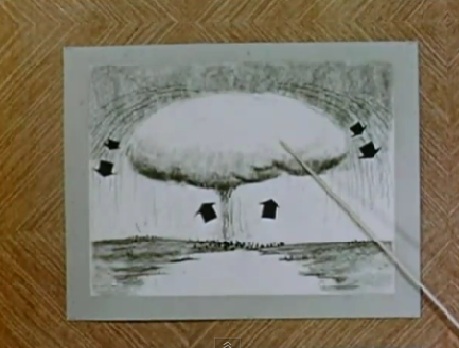 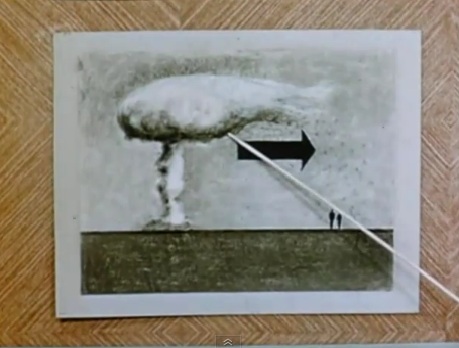 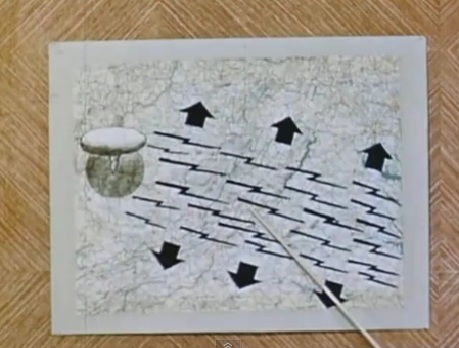 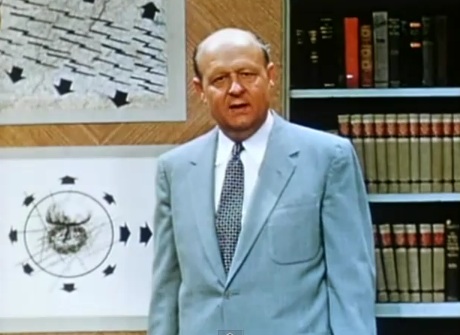 Peterson leads the viewer around his office, pausing to display several pictures on the wall, each of which depict a different stage of a hydrogen burst.  Complete with pointer stick, he offers an authoritative tone on the subject of survival.  A New Look at the H-Bomb focuses exclusively on the danger of fallout, reasoning that such a threat has been amplified significantly due to the larger explosion produced by hydrogen bombs.  "With the smaller atomic weapons we did not have to worry too much about fallout.  With the larger atomic bombs and especially with the hydrogen weapons, radioactive dust will fall to earth far beyond the range of fire and blast."  Claiming he will not mince words with the American public, Peterson admits anyone caught downwind of an explosion without shelter faces a strong likelihood of death.  The solutions available are to evacuate any potential target cities, or dig deep enough shelters to protect from fallout.  Interestingly, despite its focus on the dangers of fallout radiation, A New Look at the H-Bomb would be declared obsolete in 1957 by the F.C.D.A. who claimed the film's advice was no longer valid in the face of changing methods of warfare. 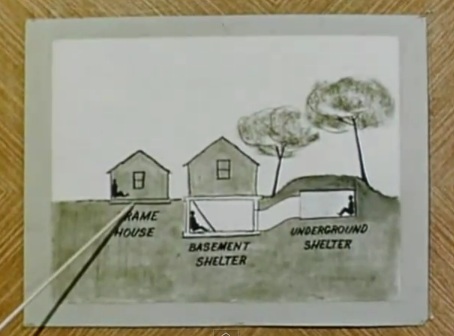 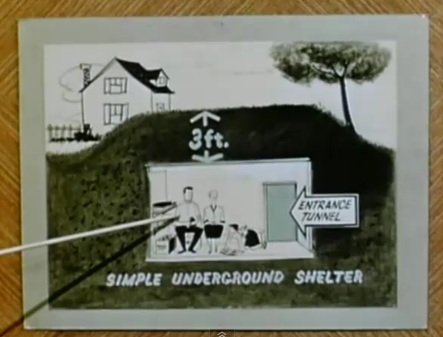 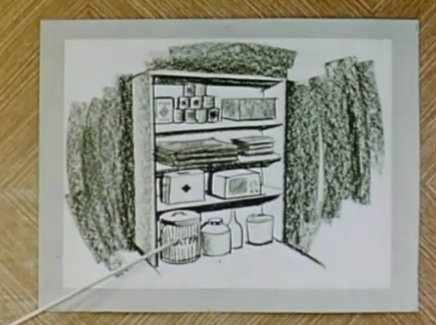 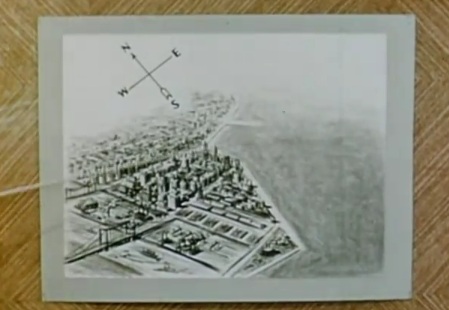 "Well up to now the picture looks pretty bad!"  Peterson quickly reminds the viewer that even the worst fallout can be beaten through tested shelter techniques.  Houses offer even simple forms of protection, which greatly increase is a basement is present or if the owner has the forethought to build an underground shelter.  The lethal strength of fallout decays quickly, and while shelter occupants may have to remain confined to protected spaces for a number of days, it will certainly not be for an indefinite period of time.  Populations in the "fringe areas" and suburbs of large cities should seriously consider such shelter, as the time permitted for evacuation may prove insufficient.  The shelters should be stocked will all essential living supplies for at least a few days.  Also important to include is a battery operated radio for tuning into Conelrad radio instructions.  As a final curious bit of logistical planning, the film suggests more shelters around coastal cities, where a 360 degree evacuation on dry land cannot be achieved.  In closing, A New Look at the H-Bomb stresses two points.  The first is that there are defenses to enemy attacks which can be effectively implemented.  The second, is that due to the largely local nature of civil defense planning, the responsibility lies on the citizen to make preparations, based on guidance by the federal government..  Signing off, Peterson urges a meeting with local civil defense officials to gain more information.  Although concern with fallout protection would continue to be a priority throughout the Cold War, the message of A New Look at the H-Bomb would prove remarkably short-lived.  In 1957, less than two years after its release, F.C.D.A. declared the film obsolete.  Citing advances in weaponry and the changing nature of atomic warfare, officials recalled all government copies of the film and encouraged private owners to cease screenings.

A New Look at the H-Bomb may be viewed in its entirety HERE.