In the city hall of an anonymous town, Mayor Sam Rice grapples with civil defense director Bill Logan.  The hard-boiled, gruff speaking Logan presses Rice to fund an extensive communications system for use in the local emergency operating center.  His line of reasoning is hard to argue with.  "How much is emergency protection worth Sam?  What kind of a price tag do you put on the lives of our wives and kids?"  As the title suggests, Logan works full time creating a network of emergency preparedness and by tracing a typical day in his position, Day Without End introduces the audience to their expected contributions to civil defense.  Simultaneously, however, the film criticizes the endless red tape which Logan faces in every task, from reluctant property owners, to frugal city council members.  His curt, yet thoughtful, method of "getting things done" is presented as the more efficient model for civic officials to follow. 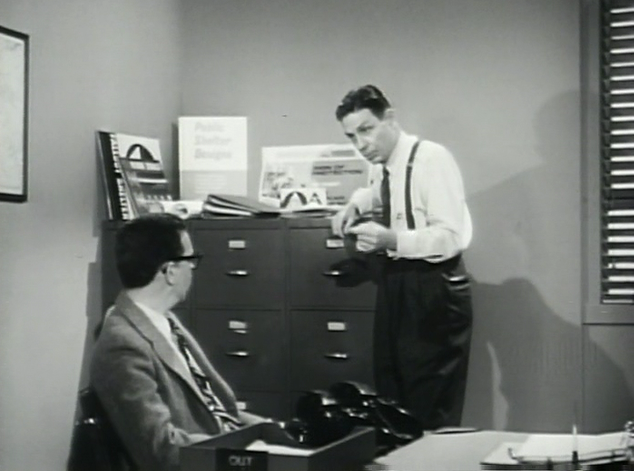 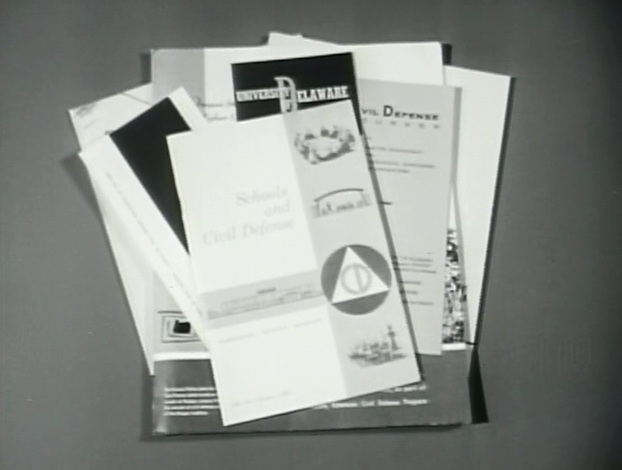 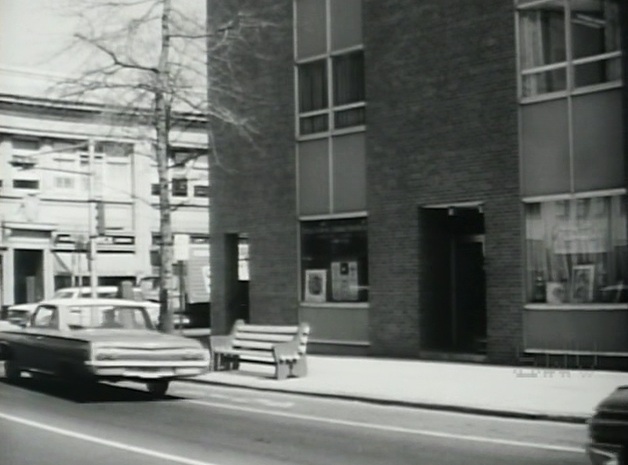 Logan's primary concern is an apathy towards the National Fallout Shelter program.  In addition to selecting qualified applicants for federally sponsored shelter management training, he works with local business owners to solicit space for public shelters.  Beginning in 1961, teams of architects and engineers traversed the United States to find existing structures capable of offering protection from radioactive fallout.  This survey turned up thousands of buildings which, with the property owner's permission, would be marked and stocked for public use.  Logan visits a department store where the manager consents to use of his building, but refuses to yield any space for necessary supplies.  Consulting the floor plan, the men notice a conspicuously empty corner in the vast basement.  The manager, thinking it over, slowly concedes that while the space is reserved for "future plans", it would be perfect for civil defense supplies.  "After all, civil defense is future plans? Isn't it?" 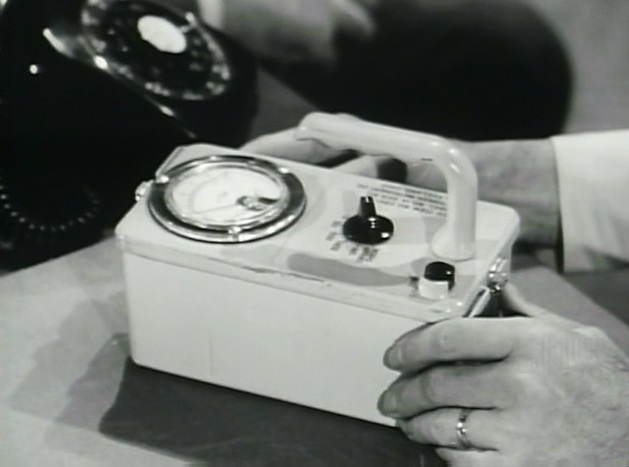 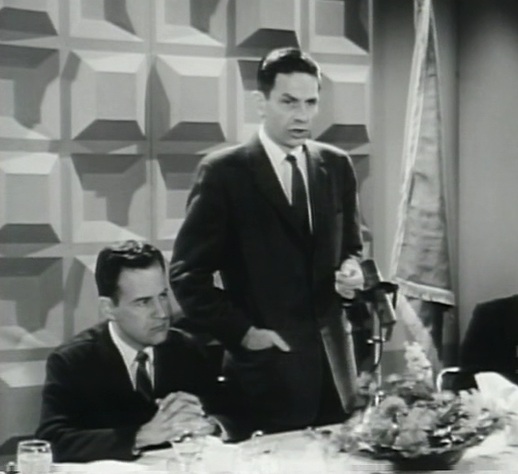 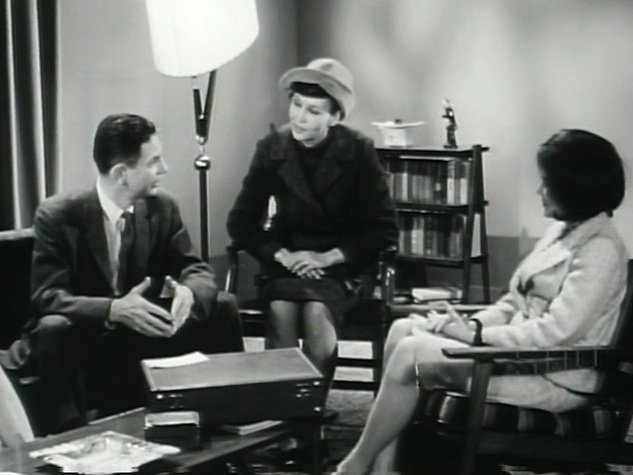 The actor portraying Logan made a career of appearing in short, educational films and can also be found hosting Planning for Emergence from Public Shelters (1967) and narrating the Air Force film Power of Decision (1958).  Here, his shift wears on while a voice-over periodically interjects with the time.  At noon, a civic club luncheon provides a platform for Logan to urge community participation in civil defense preparedness.  At 2:30, the Woman's Auxiliary Group offers a fundraising check to provide cots and canned goods for local public shelters.  Defensively, the narrator explains that only the most basic survival rations will be provided by the federal government, so extra money for further supplies is always welcome.  "A fact which Bill Logan knows of, and is grateful for!"  Logan wraps up his day with a visit to a local factory to be used as a massive shelter before examining budgetary documents long into the night.  Praising his dedication, the film closes by listing the strategic objectives of civil defense programs.  The objectives, all focused around implementing public fallout shelter plans, would set the tone for most civil defense films throughout the remainder of the Cold War as the federal government took a more active role in dictating preparedness policies.  Still, as Day Without End has made clear, the policies hinge upon the work of men like Logan, who played the role of federal emissary in their respective localities, often working as emergency director, politician, and finance coordinator when promoting their cause.