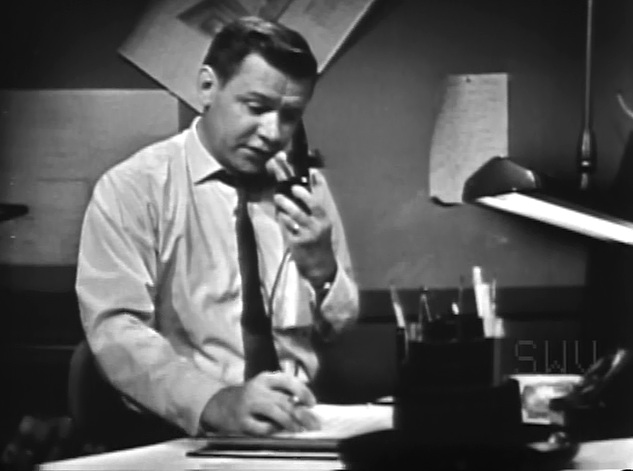 Commencement of the National Shelter Survey in 1961 saw architects and engineers sweeping across the United States, searching for existing fallout shelter space which the public could rely on.  Once a suitable shelter had been identified, marked with the proper signs, and stocked with appropriate supplies, it was left up to local civil defense officials to ensure orderly occupation procedures were in place.  A number of films, pamphlets, and even a few textbooks were created to help prepare the public and potential shelter staffs for what they might expect during their time in a government refuge.  As part of this "shelter living" material,  Planning for Public Shelter Entry was introduced by the Office of Civil Defense in 1963 to examine the initial period following an enemy attack.  Focusing on how to ease the transition into a fallout shelter, the film follows Dave Taylor, a federally trained official, as he meets with fellow citizens volunteering to help with the entry process in a local shelter. 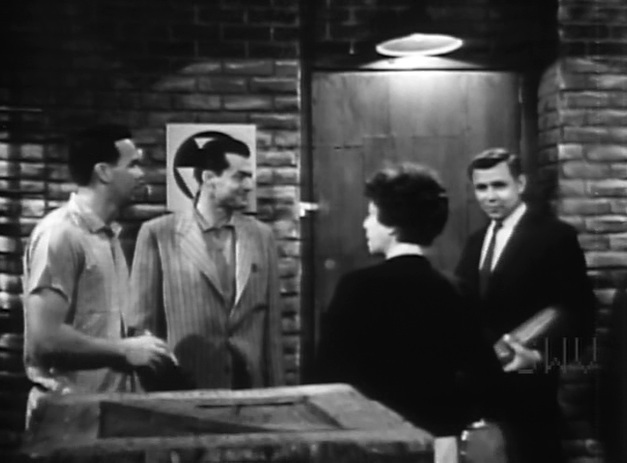 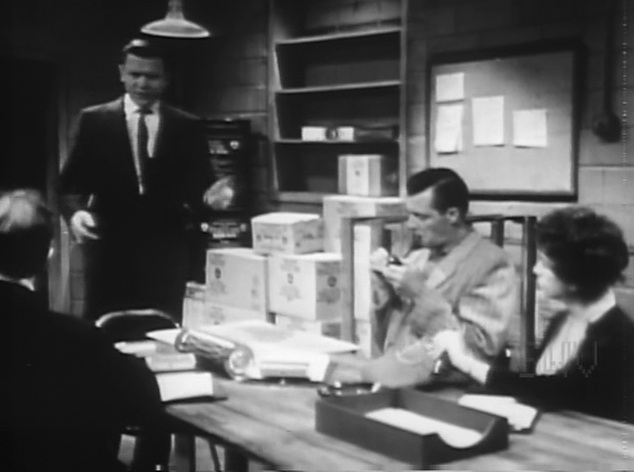 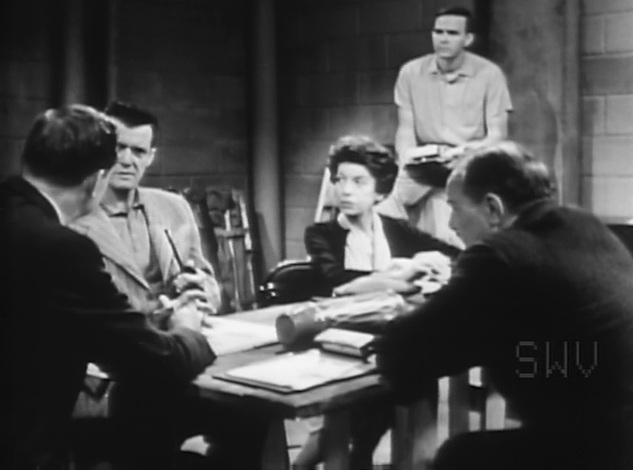 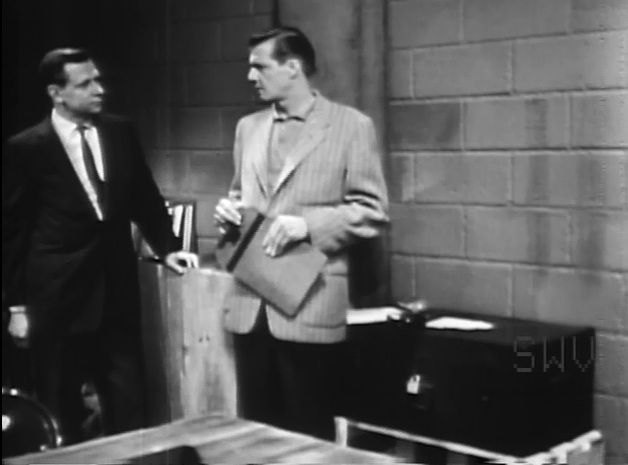 When several of Taylor's volunteers skip the meeting in favor of other activities, the film acknowledges the existence of an indifference towards civil defense.  In spite of this initial apathy, he assembles a handful of his neighbors at their assigned shelter, established in a discreet but clean and clearly habitable storage warehouse.  Last to arrive are the burly Harvey Johnson, security manager, and Walter Miller, communications man.  Walter, who skips down the street listening to a portable radio, is a young "hip" man, who works at an electronics store.  The same actor would later play an office worker turned chaplain in the 1965 OCD film Occupying a Public Shelter.  Government rations and water barrels litter the shelter's interior, which has also been outfitted with shelves and a large meeting table.  The most important feature of the shelter, however, is the administrative packet, which Taylor displays for the group.  Containing all vital shelter records as well as the registration forms occupants would be expected to fill out, the packet is to be handled by Taylor or any successors (should he fail to survive) with bureaucratic efficiency.  Harvey makes it clear that during the entry period, he will work the doorway dictating what will be allowed inside.  Vital to maintaining his authority is a large safe, where he intends to store all dangerous objects and weapons.  In another example of post-attack bureaucracy, the owners will be given a receipt which they can present upon exiting the shelter to reclaim all confiscated effects. 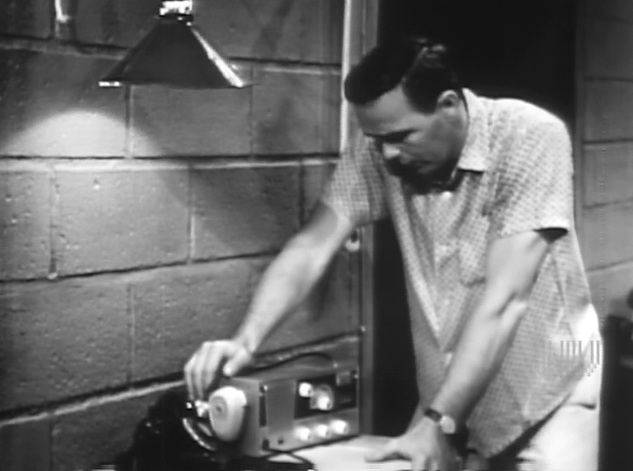 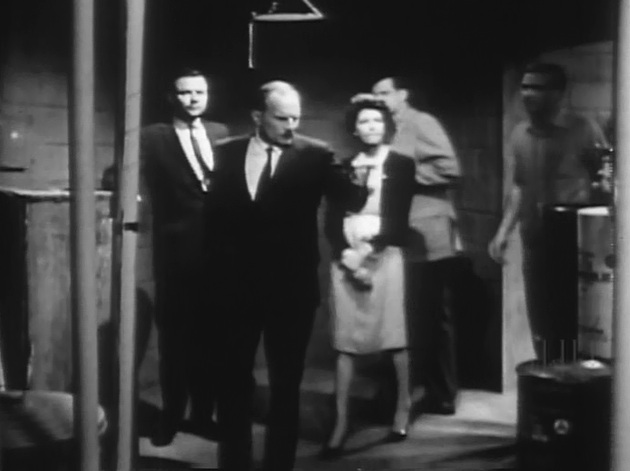 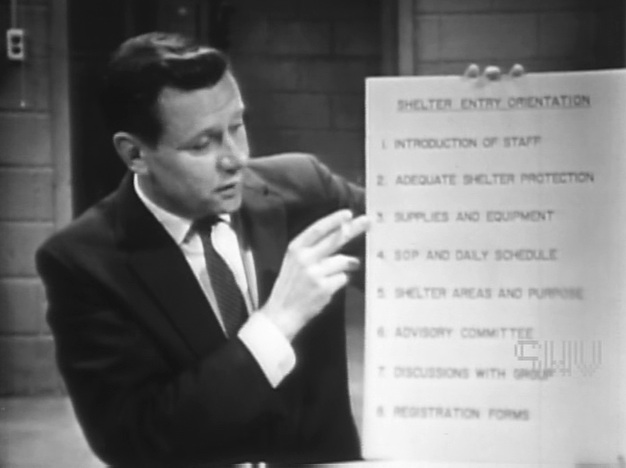 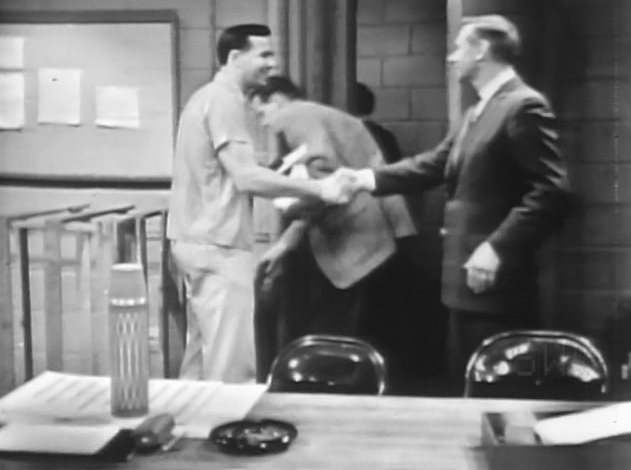 Having heard Harvey's plan for security,Taylor asks Walter Miller to explain the basics of his communications equipment to the staff.  In a jolt of comedic relief, he launches into a highly technical description of the radio equipment, oblivious to the confused expressions surrounding him.  After Taylor calms him down, Walter sheepishly shows the rest how to plug in the receiver.  Bill Sherman, operations manager, discusses the importance of the shelter supplies before leading the group into a side room containing power and heating equipment.  Sherman anticipates shelter occupants would enjoy the luxury of power, either through conventional sources or a generator.  The small side room is also to contain sanitary facilities and surplus water.  While Taylor feels confident in the staff's ability to handle the entry process, he is chided by Mrs. Cook who tears her sweater on a dusty crate.  As health and sanitation manager, Mrs. Cook is concerned about the overall tidiness of the shelter.  Sherman hastily promises to clean up the debris and Taylor, conceding that his volunteers likely have further plans for the evening, adjourns the meeting with a round of handshakes.