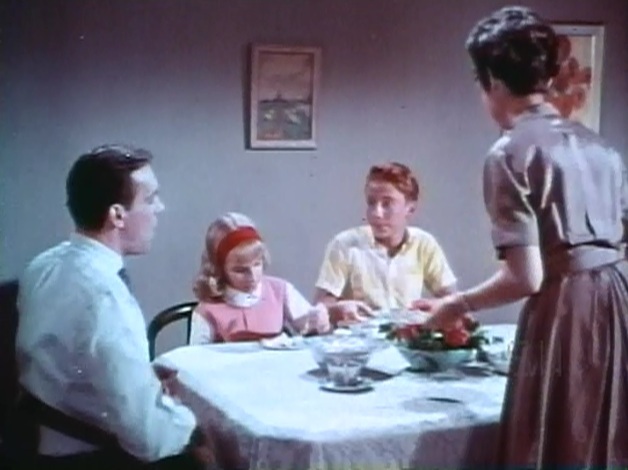 Although the vast majority of civil defense films were designed to educate and inform the public, a select few were allowed the resources and creative leeway to become entertainment productions as well.  Formulated with humor, drama, and relatable characters, films like The Day Called X, Atomic Attack, and New Family in Town were packaged to capture the attention of television audiences and still relay specific messages of preparedness.  One memorable example, Individual and Family Reactions on Warning, was produced by the Office of Civil Defense in 1964 to serve as a guide for creating a family fallout shelter plan.  Centered around a traditional nuclear family, the film focuses on an after dinner discourse concerning the best means of reaching a public shelter should the warning sirens sound.  Everyone, including adolescent Kenny and young Janice, offers their opinions on where to go and what to do. 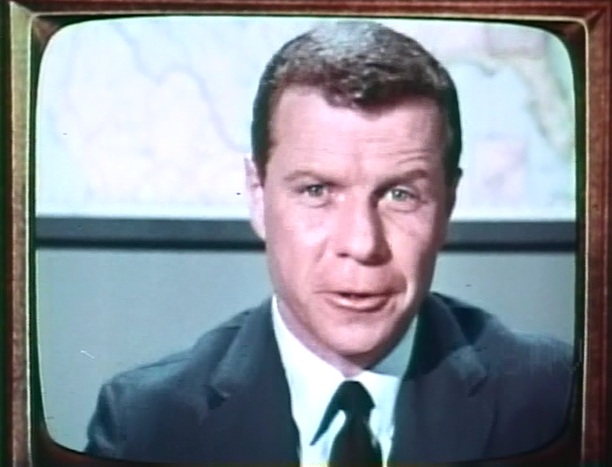 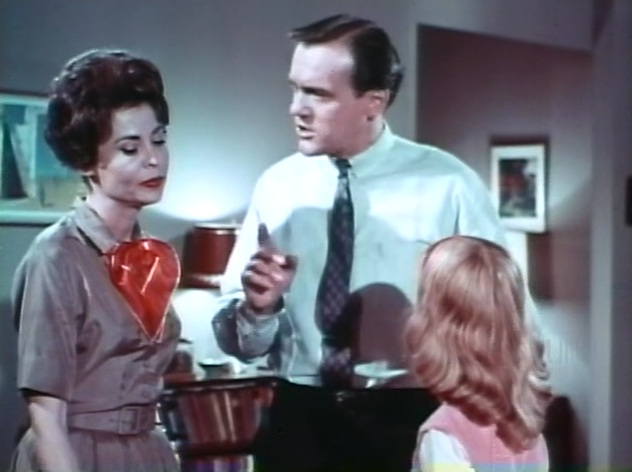 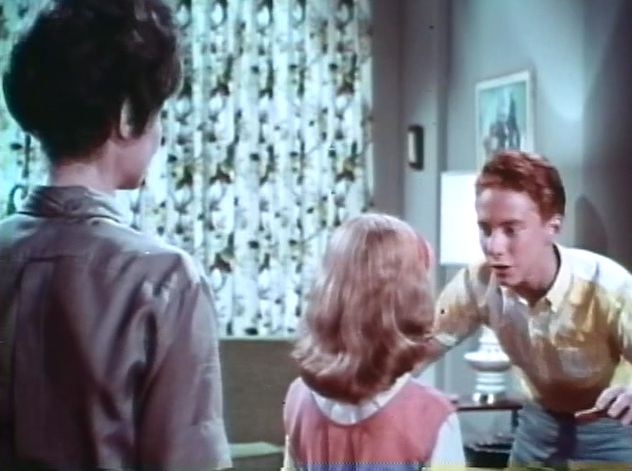 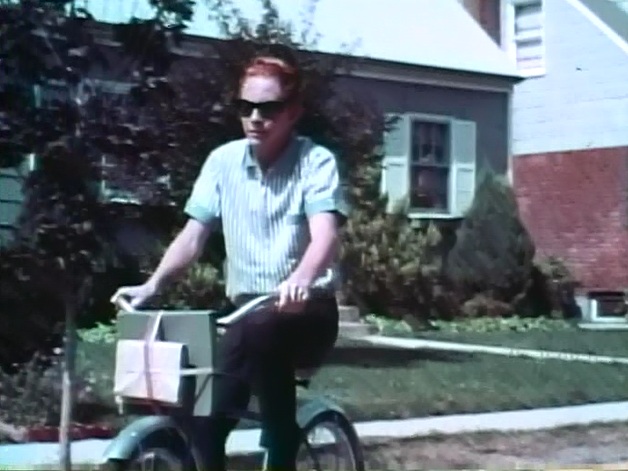 Sparking this preparedness discussion is an evening newscast, highlighting the peaceful end of a recent international crisis.  Wrapping up the broadcast, the anchor solemnly asks "do you know exactly what your family would do if an attack came?  Say, at ten o'clock tomorrow morning?"  Film and television actor Chris Bohn, known for his role in The Doctors, several commercials in the 1970's plays the news anchor.  Taken aback by his family's lack of consensus on where to go during a nuclear emergency, gruff yet caring Fred ignores his wife's reservations about the topic and quizzes each member on their whereabouts at the suggested attack time.  First to answer is redheaded Kenny, who pauses to mischievously tease his younger sister about the deadliness of radioactive rays.  Despite his lackadaisical attitude, Kenny walks his father through a number scenarios and the appropriate responses to each.  If he's caught at or near the school, he seeks out the public shelter in the basement.  Playing baseball in Shelly Park means a ten minute bike ride home.  Downtown on Central Avenue with friends means a stay in a Mitchell's Department Store where he took shelter during an air raid drill the previous summer. 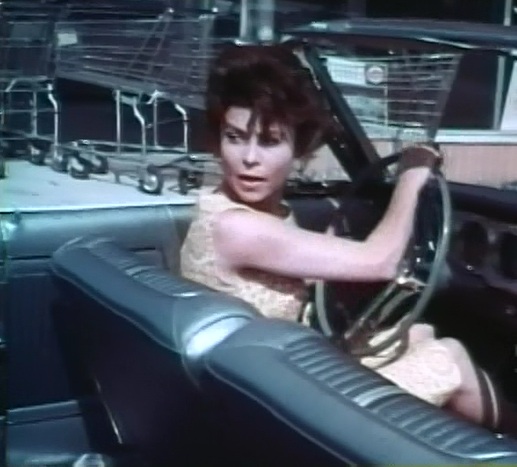 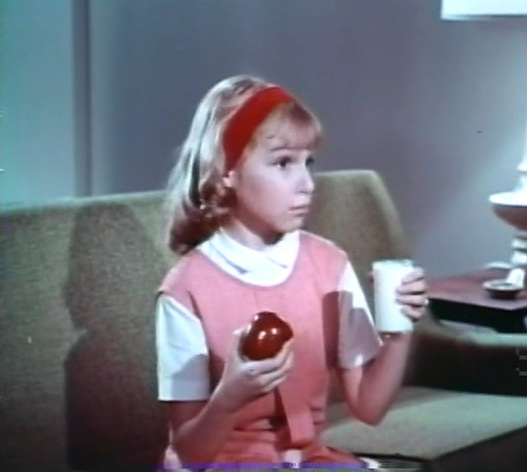 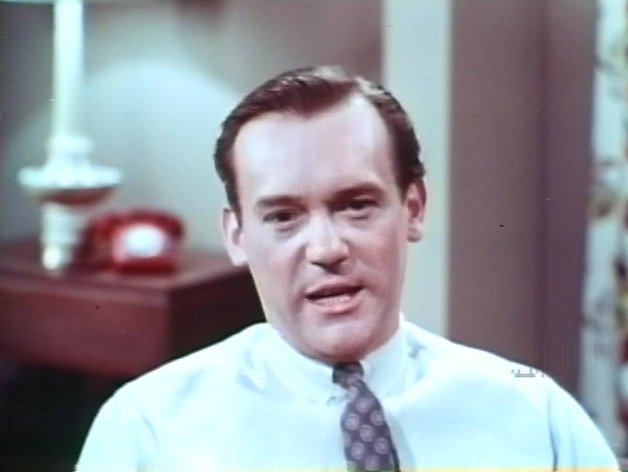 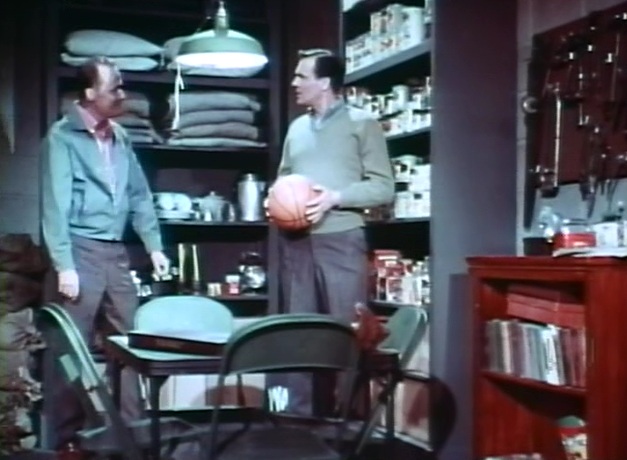 Fred turns next to his wife Edith, who fears that with all the glass and light construction material in the local supermarket, there will be no fallout protection, so a quick drive home will better suffice.  Edith's other activities, choir practice at church or bridge at Myrna Freeman's house will allow her to go to Janice's grammar school, taking advantage of its basement shelter.  Janice herself dutifully recites instructions she learned in school, obey the adults in charge until reunited with her family.  Interestingly, the film offers some criticism of the public shelter system when Fred reveals that local traffic conditions will likely prevent them from reaching proper shelter in time.  As an alternative, he thinks back to a previous night when neighbor Joe McClellan offered tours of his personal bomb shelter.   Enviously he ponders aloud "I really ought to build a shelter like Joe McClellan's.  I could get one of those civil defense manuals and see the best way!" 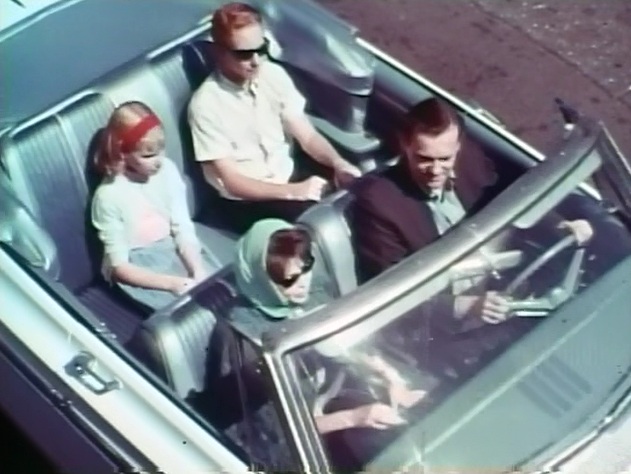 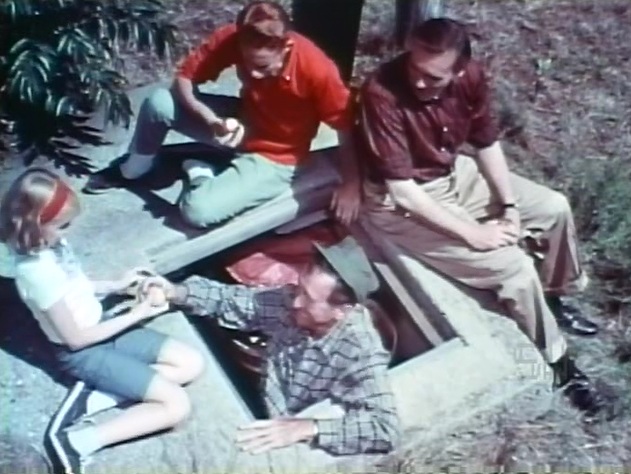 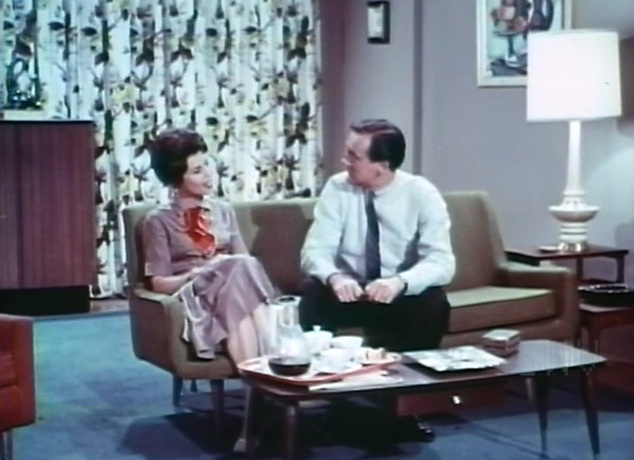 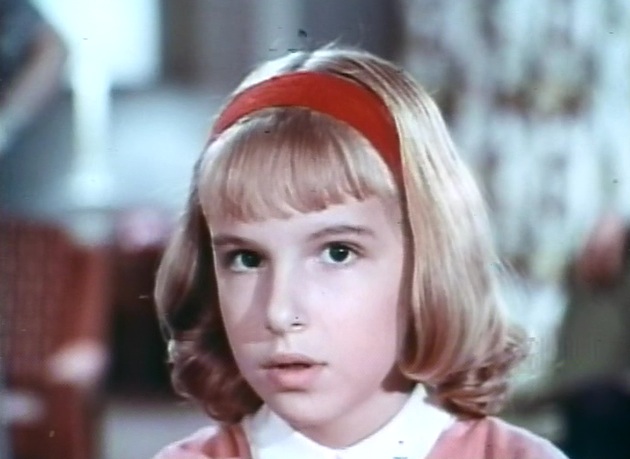 While Edith muses over joining Myrna Freeman in a medical self-help course, Kenny raises an interesting question.  How will the family find appropriate fallout shelter while on vacation in unfamiliar cities?  The answer, Fred suggests, is easy.  Just as they note the fire escapes in hotels and large buildings, so too will they seek out shelter signs when on vacation.  A similar tactic can be used at Uncle Arnold's farm, where the sturdy structures like an apple cellar can be converted quickly into a shelter.  Wrapping up their impromptu talk, Fred expresses his belief that any attack will not be the end of the world, that mankind will survive and their odds, with appropriate preparedness, are pretty good.  In closing, the camera centers on Janice to offer a final set of calming words.  "I don't know what everybody's worried about.  My teacher knows what to do and so does Mama and Daddy and even Kenny.  My goodness, grown-ups sure do worry!"