You Can Beat the A Bomb 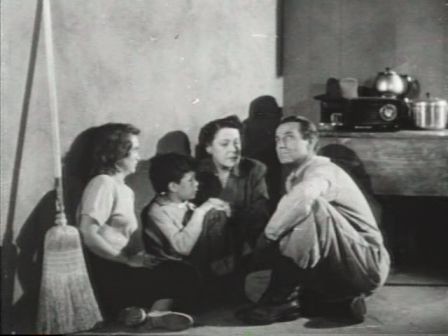 While most films of the civil defense genre, and the wider category of instructional films, focus on one specific aspect of their respective topics, You Can Beat the A Bomb attempts to cover all bases of the atomic phenomenon.  Everything from the history of natural sciences, the medical and business aspects of radioactive waste, how to provide protection from blast and fallout as well as radioactive rain, and even the hydrogen bomb are, however briefly, touched on.  This can be attributed to the film's status as one of the very first widely distributed productions concerning nuclear civil defense.  Previous films such as The Atom Strikes (1945) and The Medical Effects of The Atomic Bomb (1949) limited their content to the damaging effects of the bomb.  Needing to not only inform the viewing public, but also hold their attention and, in turn, hopefully relay survival techniques, You Can Beat the A Bomb presents a number of segments, each of which detail a specific aspect of the atomic bomb, whether it is how to survive it, or harness its energy to solve problems in industry. 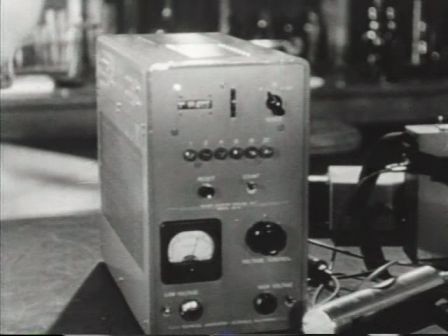 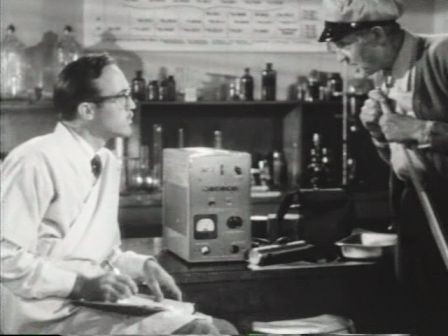 You Can Beat the A Bomb opens with a jolt of humor as a curious janitor stands over a scientist hard at work as the narrator explains an array of special instruments developed to measure radiation.  The janitor moves closer and the machine jumps to life, clicking rapidly.  You must be radioactive! states the scientist to the obvious horror of the old janitor, Wait a minute, dont worry, you see your watch has radiation, it comes from paint on the numbers that make it glow in the dark.  Relief spreads over the man's face as he exclaims Well what do you know about that, Ive been carrying radioactivity around with me and didnt even know it! 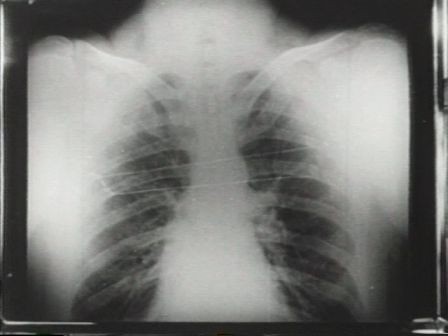 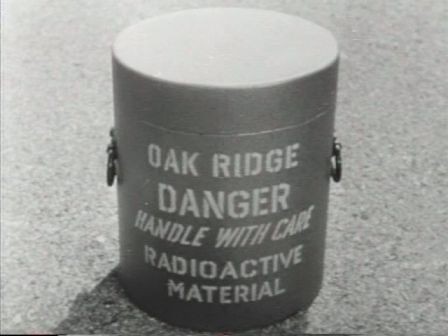 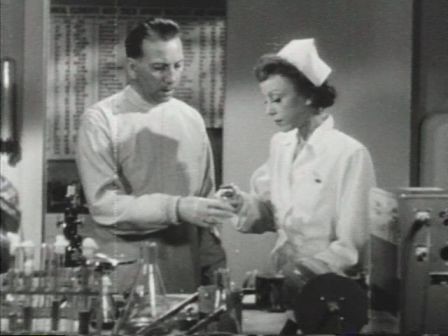 This exchange opens the first segment of the film which stresses not only the naturalness of radiation in everyday life, but also how it can be harnessed to the benefit of mankind.  A chest X-ray is held up by a medical professional and an operation using nuclear related medicine is conducted.  But where is this indisputable aid to mans physical well being coming from?  Oakridge, Tennessee, the nuclear heartland of America, indicated onscreen by well shielded container of radioactive waste about to be shipped to hospitals all around the country to aid in medical research.  Using nuclear weapons to save lives!  Similarly to the medical field, nuclear radiation can be put to use in the industry sector as well.  Following scenes of heavy steel being poured in a plant, the film cuts to two business men in an office facing a problem.  Apparently they need to find a way to cut their steel sheets to exactly the same thickness.  Radiation based sensors provide a quick and cheap answer.  One man steps up to a diagram on a chalk board and relates the radiated solution to his business partner.  Looks as though youve beaten it Bob!